Every match of our Olympic Falcons’ campaign was as exciting as the next, every fan willing the players home on the edge of their seats! Watching our Falcons from home provided many with an escape from the challenges of lockdown and they put on an excellent showing.

Four of our best athletes took the court, three for the first time and no doubt a wonderful experience for them with maiden wins for our Women’s Doubles and Women’s Singles. We thought we’d summarise the matches for you!

Olympic debutants Gronya Somerville and Simon Leung were the first to take the court and they looked like it was going to be the perfect start against a strong opponent in Indonesia. Gronya and Simon were able to fight back from 15-20 down to take the first game 20-22 and really shake the 4th seeded pair. Gronya and Simon kept pushing and at one stage were 15-17 up and looked like closing out the match in strait games. Unfortunately the Indonesian pair were able to rally back, take the second game and push right back against the Aussies to take the match in the third 21-13. It was an unexpected performance and their best match as a pair at the Games. 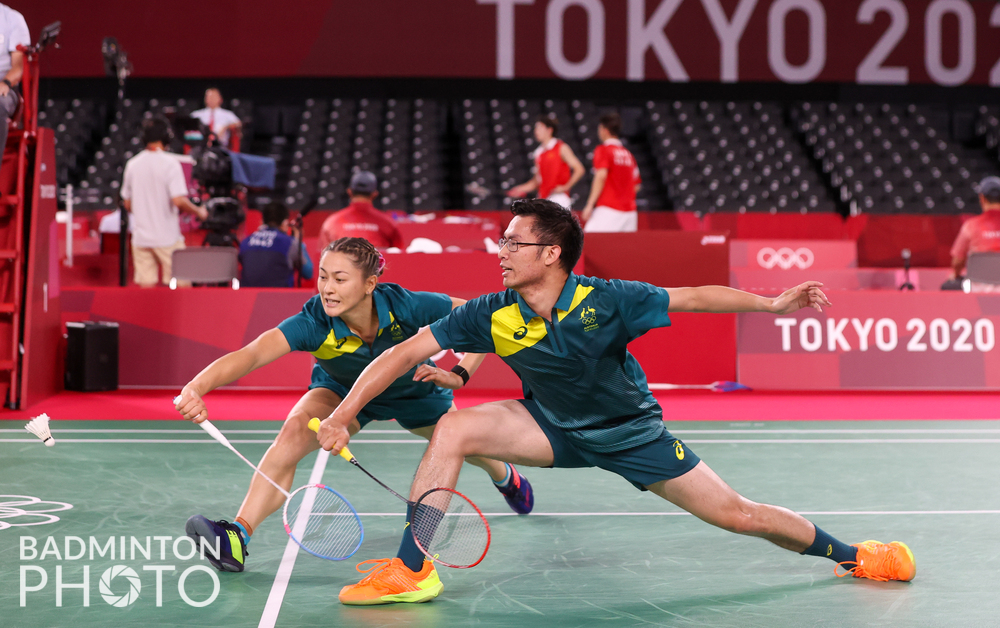 The tough grouping for the Aussies but they continued fighting, with spurts of excellence in their second and third matches again the Japanese pair of Watanabe/Higashino and Danish pair of Christiansen/Boje respectively. Unfortunately they were unable to overcome and end their campaign with no wins. In a recent interview Simon Leung mentioned that his Olympic experience was “One for the books”, he also touched on his favourite experiences, one of which was their first game against the Indonesian pair. Right up there with that game was the viral moment of the tournament with a racquet change required in the match against the Japanese. You can watch it below:

Arguably having the highest hopes for Australia on their shoulders, the Women’s Doubles pairing made their debut after missing the 2016 Rio Olympics with injury. The pair didn’t start as they would have liked with a loss delivered to them from the Korean pairing of Sohee/Seungchan, putting their goal of moving out of the group stage more challenging. However the pair pushed onwards to their next watch against the Chinese pairing of Yue/Hui, again with hopes of toppling another pair to make their case to move into the next stage, but unfortunately they were unable to get past the Chinese meaning their last match against the highly ranked Danish pair a unlikely source for a win. 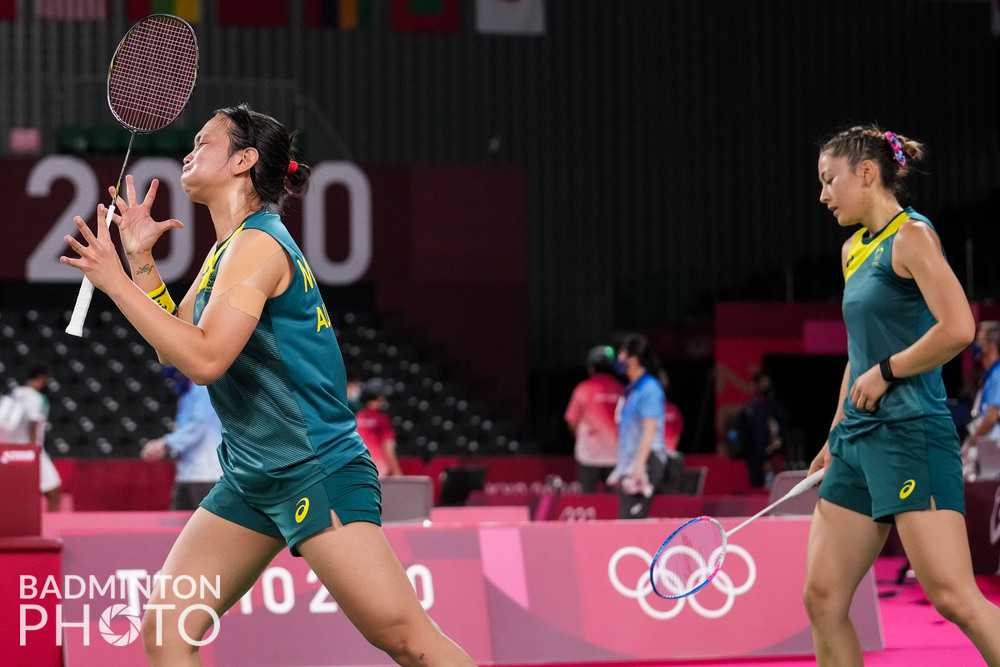 In the lead up to the Olympics Gronya and Setyana had been unable to train together apart for a handful of weeks across the 12 month lead in due to the coronavirus. At the best of times having one in Sydney and one in Melbourne presents challenges, let alone during a pandemic.

However they seemed to find their rhythm and pull off one of the upsets of the Women’s Doubles tournament to that point and proved that they are more than capable of mixing it at the highest level with the best in the world. “To finish with a win against a great pair and play some good badminton for all our family and friends in Australia was really special” said Gronya Somerville after their final match. 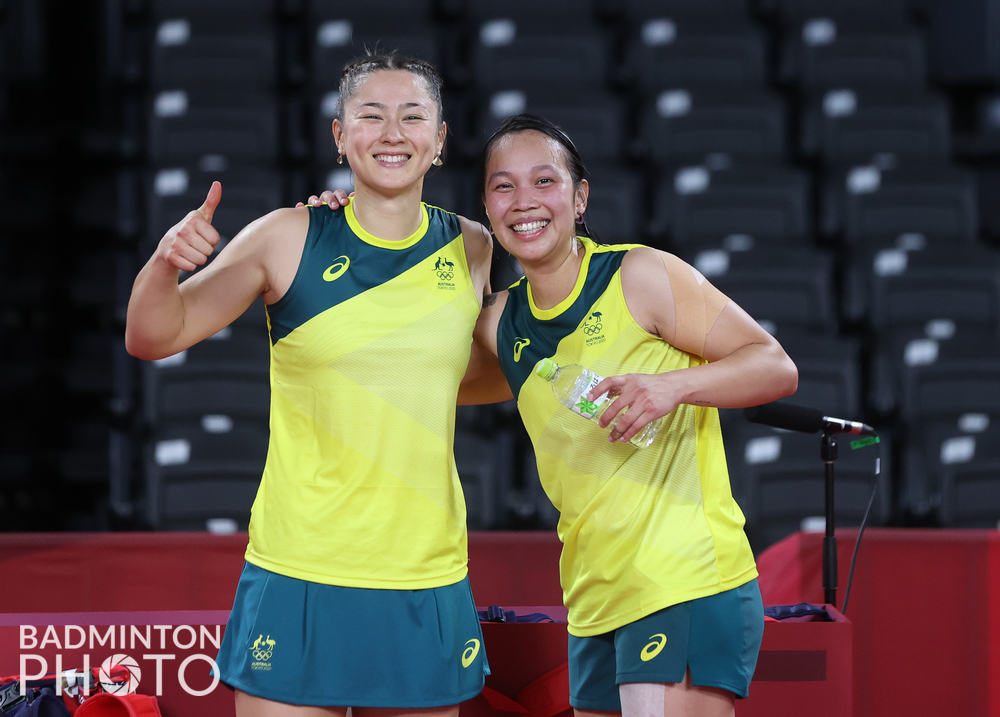 Hsuan-Yu Wendy Chen returned to the Olympic arena for the second time after making her debut in 2016 at the Rio Olympic Games. With two matches to play before leaving the group stage Wendy needed to clinch two wins to make her way through, however she faced a strong competitor in Mia Blichfeldt from Denmark in her first match. A slow start put Wendy on the backfoot from the start and despite being able to find better form to push Blichfeldt in the second she was unable to overcome her and lost her first game. 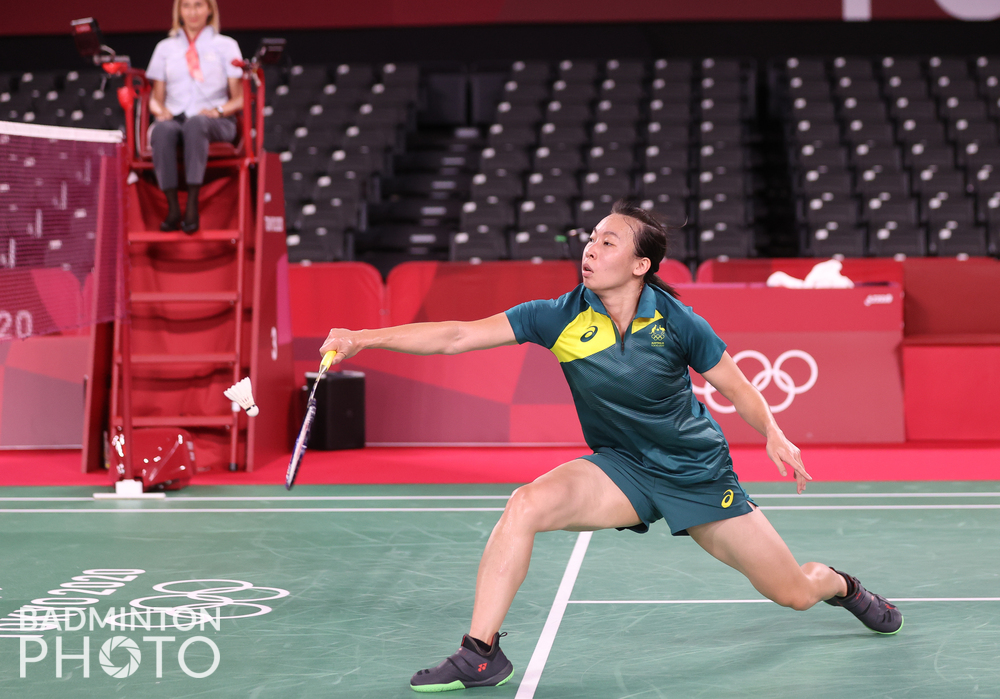 After regrouping, Wendy took on Linda Zetchiri from Bulgaria with a new vigour, she took the first game 21-16 and put Zetchiri in a tough position. The Bulgarian fought back and Wendy matched her all the way but wasn’t able to secure the game going down 20-22. The final game was tantalising and surely the taste of her first Olympic victory spurring Wendy on, she blitzed the Bulgarian 21-8 and finishing second in her group stage. Not enough to move through to the knockout stages but a great showing. 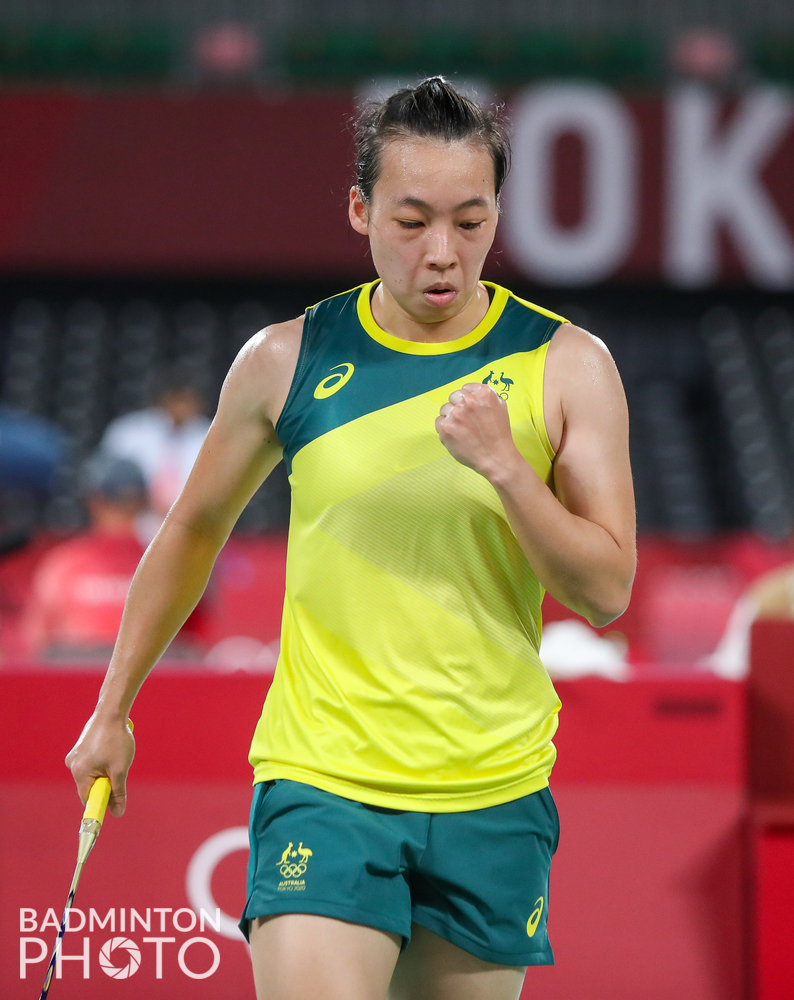 An awesome Olympic Games for all of our athletes, every time they took the court they put their all into every point and every Australian badminton supporter would be proud of the effort of our athletes. A big thank you to Stuart Brehaut, Jeff Tho, family, friends and all the support staff, along with their clubs who have pushed all of our Olympians to reach their dream!

Crown Group is a highly successful property development group, with a reputation for building globally leading luxury and hotel apartments. The Crown Group has been a supporter of the Australian Badminton Open.

Commonwealth Games Australia (CGA) is a member-based organisation that administers, controls and coordinates the participation of program sports at the Commonwealth Games every four year. Badminton Australia is extremely proud of its work with CGA and is keen to continue such a great relationship with the staff at CGA into the future.

The Australian Olympic Committee (AOC) is a non-government, not-for-profit focused on developing youth and sport. The AOC is responsible for the funding, supporting, selection and sending of Australia athletes to the Olympics every four years. The AOC provides significant support to the Australian Badminton Falcons and the Badminton Australia Performance Pathway. Badminton Australia is very thankful and is perpetually excited for Australian badminton players to represent their country Olympic Games.

The Australian Institute of Sport (AIS) is the second arm of the Australian Sports Commission, the focus of the AIS is at all aspects of high-performance sport and as a result Badminton’s High-Performance teams work with the leading minds at the AIS. Badminton Australia has been working with the AIS for many years and with a continued focus on high performance excellence, both home and abroad, is excited to continue to work with the AIS long into the future.

Li-Ning is a global leader in sports apparel, with a focus on badminton, Badminton Australia is proud to be partnered with an organisation with such a rich and successful history in sport and for it to support the Australian Badminton Falcons. Li-Ning has supported Olympic medal athletes across the world and continues to push badminton apparel forward.

Sport Australia is an arm of the Australian Sports Commission that is responsible for the broader sport sector. Included in their responsibilities are participation, governance and supporting activities that link to the sport industries growth and sustainability long term. Badminton Australia works closely with Sport Australia in areas of participation, governance and other sport related activities.

YONEX has been a supporter of the sport of badminton globally since 1957 when they produced their first badminton racquets. As the business has expanded so too has their equipment and apparel offerings. YONEX has supported badminton in Australia at all levels for a number of years and badminton Australia is very excited to continue its relationship with an organisation that has been involved in the sport for so long.